Two Religions – Too Much?

What is that expression? If you want to keep the peace, never talk money, politics or religion. That might be a good rule for the work place and parties although if you are not talking about these things at home then where are you talking about them?

But as the number of “interfaith” relationships increases, how do you talk about religion at home whilst keeping the 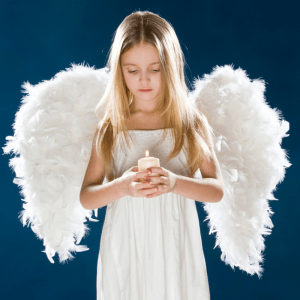 peace and not confusing the kids?

I used to joke that I don’t know how I got out of my childhood house alive as my mother is Irish Catholic and my father is English Protestant. On the surface of it and according to relatively recent history, that is a fairly volatile mix! In reality, my father is not that religious and was happy for us to go to mass together as a family. He and I would invent ways to entertain ourselves, such as counting the number of times the priest said “Um”.

When it comes to kids and two religion families, it is fairly straightforward to “choose the religion” if one parent has a strong faith and the other does not. But if both parents want their kids to be raised in their faith, then what?

There are some good resources online to help you navigate this: Time Magazine did a good article called The Case for Raising Your Child With Two Religions. And check out Amazon for a book called Being Both: Embracing Two Religions in One Interfaith Family by Susan Katz Miller. It is largely referenced and Jewish-Christian marriages seems to be on the front lines of interfaith marriages.

One point of view is that it is worthwhile to teach your kids a bit about all the major religions of the world. There is so much religious tension in the world but most people really do not know much about religions other than their own. Teaching your kids about understanding and tolerating different religious beliefs could just lead to a more peaceful future!

One thing that both parents can easily agree…. extra help with your home and family is a god-send! SOSsitter.ca is a Canadian portal designed to help you find local caregivers in your area, easily and quickly. The caregiver who is right for your family is only a click away.