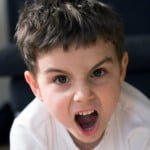 We recently had an interesting discussion with our friends at OurKids Media about our children’s self control. They had interesting views and solutions and we asked them to share them with our readers on our blog.  So here ii is – an insightful article about self-control written by Nancy Parker for OurKids.net, Canada’s trusted source for camps and schools.

Sometimes, it seems like children around us are more and more out of control every year. Toddlers run screaming through the grocery store, middle-schoolers shoplift, and high schoolers turn to drugs and alcohol. What’s gone wrong? What are children missing? What are parents and caregivers forgetting? The answer is just one thing: self-control.

So why is it missing? What went wrong? Well, for one thing, children are being taught that it is not their job to control themselves. They always have an excuse for their behavior. They have ADD, or they’re tired, or hungry, or under-stimulated, or over-stimulated. Whatever the excuse, parents are giving children an ‘out’.

In the long term, excusing children’s behavior is very detrimental to their mental and physical health. If they don’t learn to control their bodies when they are young, they will have a much harder time when they are older. What do you think drives teen’s need for drugs and alcohol? Their desire to escape. Escape pain, escape responsibility, escape life. But why? Why do they have such a hard time doing what generations before them have done? They have little self-control.

I’m not saying that every addiction or bad behavior stems from a lack of self-control, but it is a significant percentage of the problem. Because children have been taught to rely on things outside themselves for control: teachers, parents, nannies and babysitters, police or sometimes even medication – they are lost when they get into a situation where that presence is missing.

Self-control also affects confidence. How can you be confident if you are not even in control of your own body? Confidence stems from security, and out of control people are not secure. They flail around, blown by every wind and word, drawn to every fad and new presence that enters their life promising control. Even cutting, a very self-destructive behavior, comes from a desire to control.

Why would you want your child to suffer? Why would you want your child to be unproductive and unsuccessful in life? You don’t. So, teach them self-control, they can learn it. An ADD child can be taught to use medication as a tool. It assists them in their ability to stay in control, but it does not control them. A toddler can learn to sit quietly, even when hungry or tired. Not for an hour, but at least for a few minutes.

Our Kids Media is an organisation that offers great resources on Schooling and Camps. In February, they will be hosting a Summer Camp Expo in Toronto.  Meet with top camps across Ontario and Quebec: athttp://www.ourkids.net/campexpo/